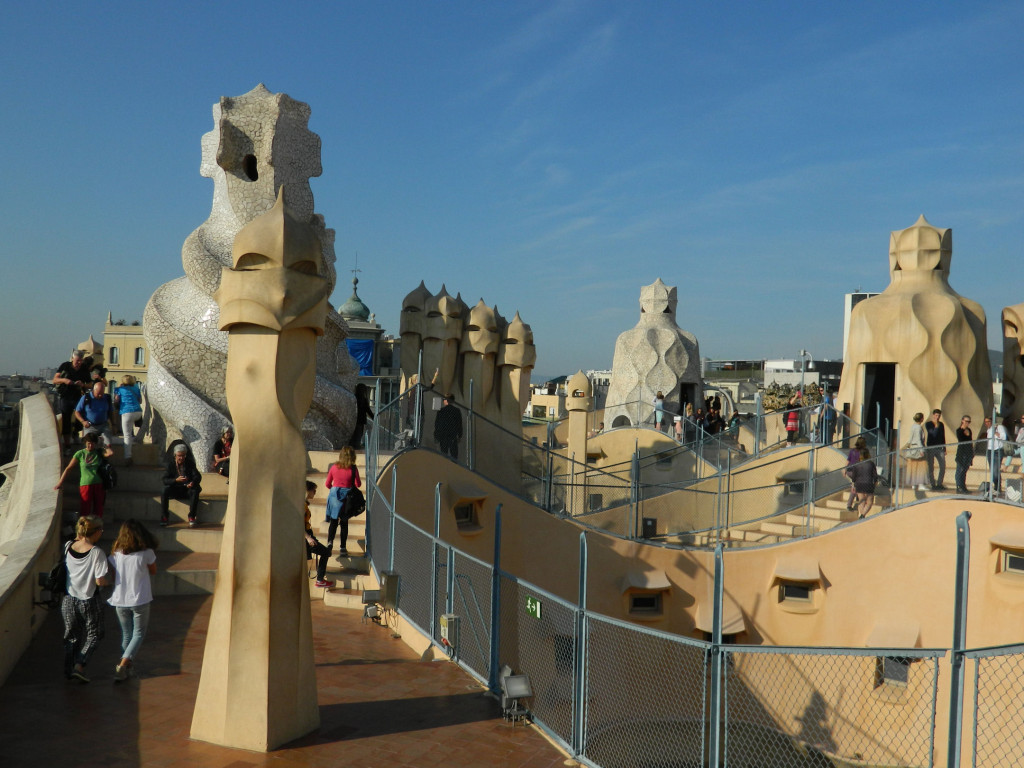 The wavy rooftop landscape of the Antoni Gaudí designed La Pedrera House in Barcelona has been described as “brilliantly artistic”, “breath-taking”, and even “just plain weird.” But there’s one thing everyone can agree on – it’s good to be on top!

Although the name of this building is actually Casa Milà, it is better known as La Pedrera (the stone quarry). In 1906, Gaudi was commissioned by industrialist Pere Milà to construct an apartment building to house his family and affluent tenants. 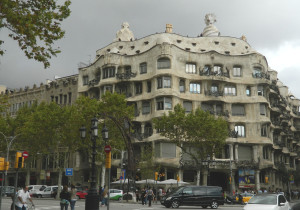 I wrote previously that this is 1 of the famous “Gaudi’s Beauties,” which have all been named UNESCO World Heritage Sites. This particular building has 5 stories of exterior stone balconies meant to evoke “petrified waves.” But it’s the roof terrace that I found to be truly enchanting. 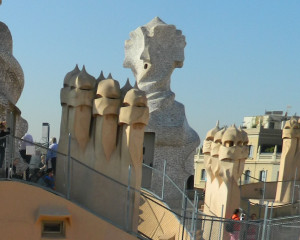 Here, you’ll find sprawling walkaways and stairs leading up and down. But the stars of this show are a series of intricately shaped chimneys and ventilation towers that almost look like large, helmet-clad warriors.

Some of these artistic but practical sculptures are decorated with marble, stone, glass, and broken tile shards (known as trencadís). 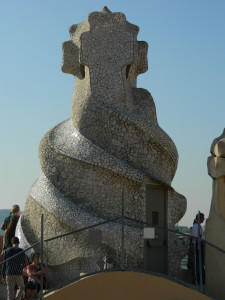 Although some of the other architectural elements not as well-seen from the street are “just” roughcast-rendered and painted, all are interesting and well worth the climb to inspect up close… 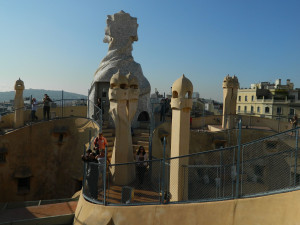 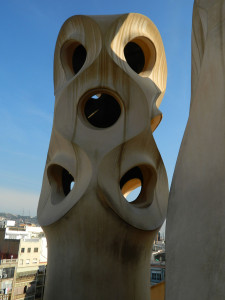 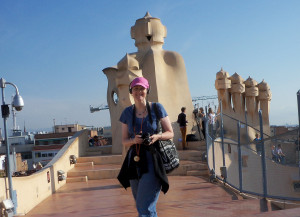 I’m loving it up here!

NOTE: Tickets are around $22 for adults and include entry not only to the famous rooftop, but also to one of the apartments (which holds furniture of the time, as well as doors and flooring and knobs designed by Gaudi himself), 2 courtyards in the center of the building, and the attic area (which includes an exhibit about the designer’s life and a scale model of La Pedrera).

IMPORTANT: Order these tickets online if possible. Queues of people waiting to purchase on site often stretch around the block and move SLOWLY.

ONE LAST NOTE: The Roof-Terrace closes if it begins to rain. So if rain is in the forecast for later in the day, make sure you start your visit up on the roof. No rainchecks or refunds are given if weather messes up your viewing. 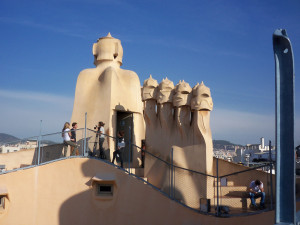