As Easter approached this year, I found myself thinking a lot about The Holy Land Experience, a somewhat-controversial attraction located in Orlando, Florida. 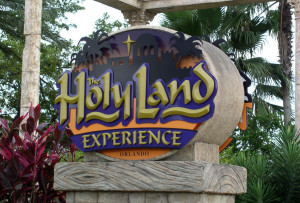 While living in the city, I heard several people voice concerns with the idea of “a Jesus themepark.” But after making several visits to this beautiful and reverent site, I have to respectfully disagree.

First of all, it isn’t really a themepark at all. Instead, The Holy Land Experience is a place where visitors can walk through streets and buildings reminiscent of Jesus’ time… 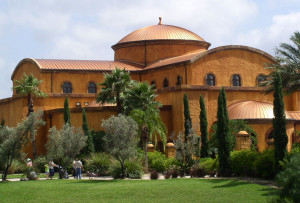 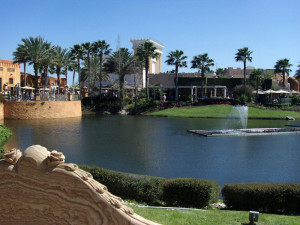 and wander through peaceful prayer gardens bursting with color. 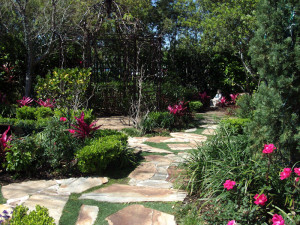 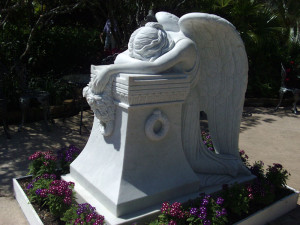 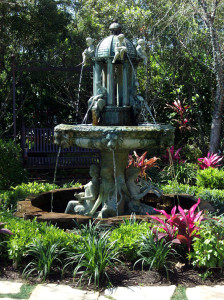 But my favorite part comes down to the beautifully done live shows performed throughout the day in venues of all types and sizes by incredibly talented and dedicated actors and singers. 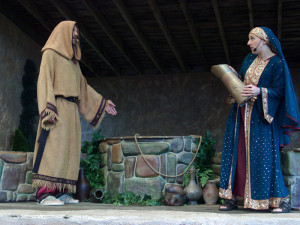 I have seen a LOT of them including the story of the “Woman at the Well;” “Forgiven,” which tells about redemption and King David and Bathsheba, Hosea, and the Apostle Paul; and a presentation inside the Wilderness Tabernacle. 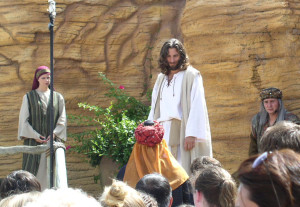 There are also several ways that actors portraying Jesus are used including talks and prayers at outside spots, a special closed door re-enactment of the Last Supper Communion, and sometimes a very big indoor musical that ends with celebratory songs of what it’ll be like during his return, called “We Shall Behold Him.”

Each one I’ve seen has been very respectful and very powerful. But the biggest spectacle and most powerful show is of course the site’s Passion Play, which is put on at least twice a day. 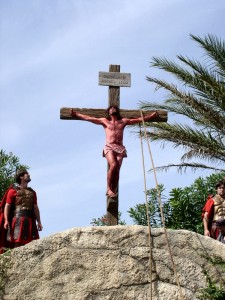 In an outside area, the 1-hour performance shows the last days of Jesus’ life, as he is arrested, whipped, marched up the Via Dolorosa, and hung from a cross.

At the moment where he dies, the entire park goes startlingly quiet and the audience is left with its own thoughts while the body is slowly carried away and then shown being placed into the garden tomb and the guards rolling a stone door shut. 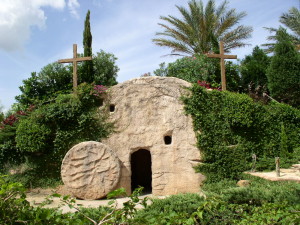 “…he is risen just as he said. Quickly now, go tell his disciples that Jesus Christ is not dead”

As everyone knows, the stone later rolls away. But the performance makes this point very dramatically, as a dove flies out and music fills the air. The show ends with Jesus’ triumphant reappearance, along with prayers and a blessing.

But on my last visit, I was pleasantly surprised to see that that particular actor had a great singing voice. I hadn’t seen a production before that showed Jesus singing, so this was greatly appreciated! 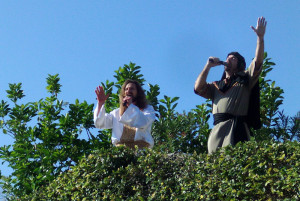 Over all, I think this is a wonderful place for all ages. It’s a bit expensive at $45 for adults and kids over the age of 13, $30 for kids between the ages of 6 and 12, and $15 for those between 3 and 5. But it takes an entire day to see everything, so you really do get your money’s worth.

Those who are history buffs will find the archives, old style buildings, and Jerusalem market and streets interesting. Those who enjoy beautiful gardens and venues will have a fun and relaxing day. And those who seek a better understanding of Jesus’ time and a closer walk with him, will leave feeling like their hearts have been touched.

I wish I had better words to express just how highly I recommend this attraction. Go and be blessed!