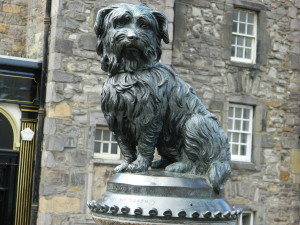 The story of Greyfriars Bobby is full of love, devotion, and extreme loyalty, which were all shown by one little dog that inspired an entire city — and led to his continued celebration more than 100 years later. And I was excited to learn about him during my recent trip to Edinburgh.

Bobby was a sky terrier that belonged to John Gray, who some say was a night watchman for the city and others say was a farmer. Either way, when Gray died in 1858, he was buried in the Greyfriar Kirk’s graveyard, which is formally known at Greyfriar’s Kirkyard. Heartbroken, Bobby spent his days after that hanging around and “guarding” his master’s grave until he himself died 14 years later in 1872.

To reward his loyalty, he was buried just past the front gate of Greyfriar’s Kirkyard, not too far from Gray’s burial spot. 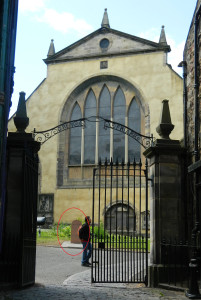 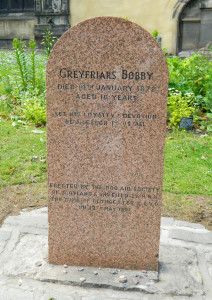 The story quickly became part of local lore, and a commemorative statue and water fountain were built in 1873 at the corner of Candlemaker Row. 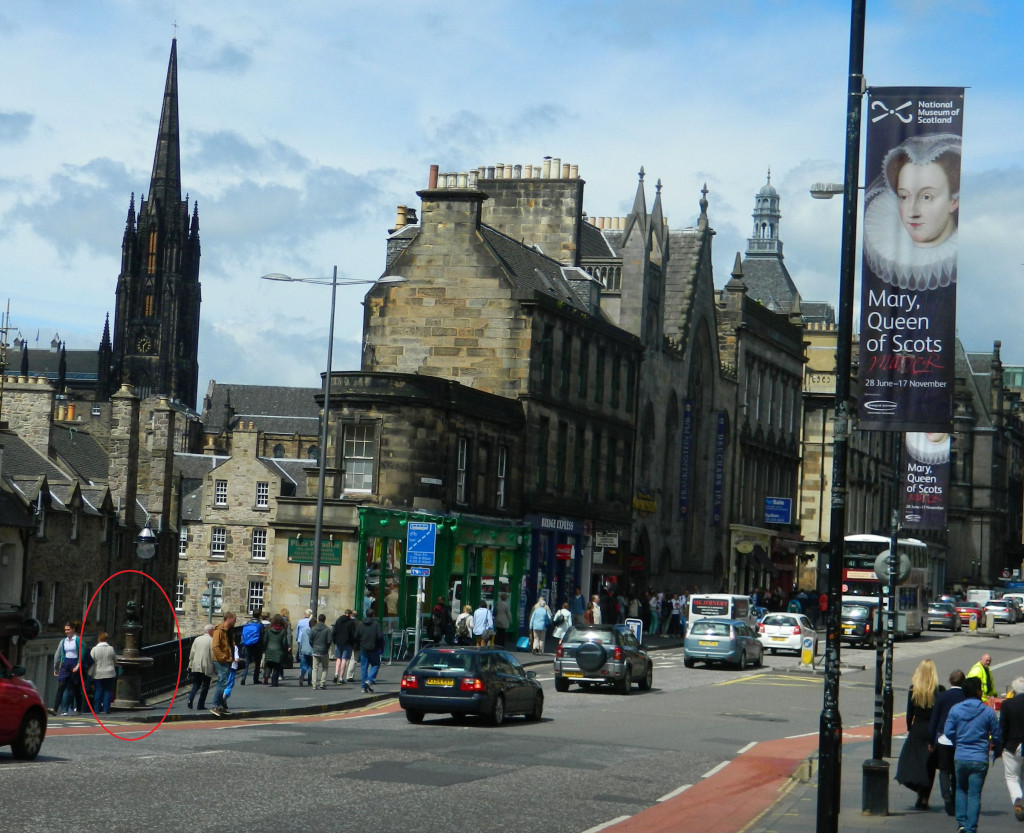 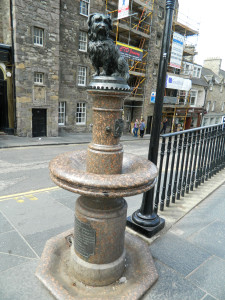 This statue, which is across the street from the National Museum of Scotland, has become a popular site for 2- and 4-legged visitors because it sits on top of a middle level water fountain for humans and a water spout and basin at the bottom that when filled, serves as a sort of large watering dish for canines. 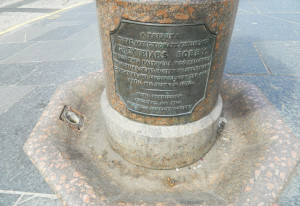 Plaque at bottom of statue reads, “A Tribute to the affectionate fidelity of Greyfriars Bobby…”

Bobby’s gravesite is also a popular spot, and it’s interesting to see the presents that are still left there, which often include flowers, dog toys, and “fetching sticks.” 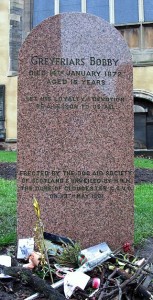 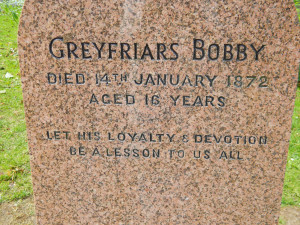 It’s fun to see how several of the businesses in the area have incorporated the little dog’s story. And if you stop in at any of the shops in the district and ask about the 4-legged hero, you’ll hear all kinds of tales, such as how “my friend’s great-grandfather used to feed Bobby…” or “as a kid, my great aunt used to see the little dog running by…” 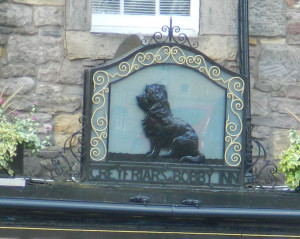 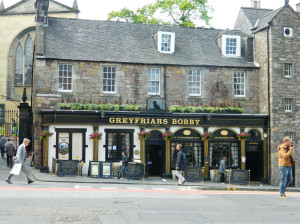 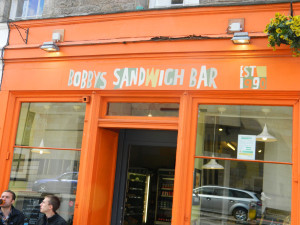 And of course, for when you need a sandwich!

If you don’t get the chance to visit his commemorative area, Bobby’s saga has been made into several films over the years (including a 1961 Disney film and a 2005 movie with Christopher Lee) and told in a very popular children’s book, ensuring that his legacy lives on and continues to touch people throughout the world. Good boy! 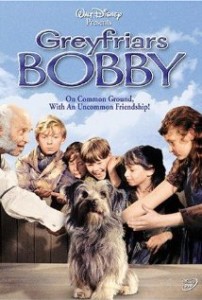