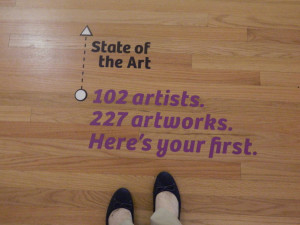 Although still exhausted from getting home late Friday night from an overseas trip, I was excited (in a sleepy way!) on Sunday to check out the State of the Art Exhibit at the Crystal Bridges Museum of American Art in Bentonville, Arkansas. And wowza! The giant, quirky, interesting, thought-provoking exhibit did not disappoint. 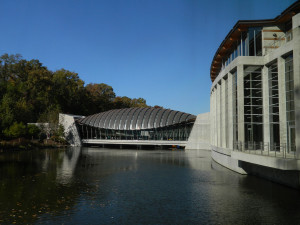 Although I was part of a group of bloggers the museum invited for a guided tour of the exhibit, all opinions from the day are mine. Plus, museum admission is free for everyone.

What made the museum folks so excited to show off this particular exhibit? Well, State of the Art is the largest exhibit they’ve ever had — in both space and scope. In fact, having opened September 13 and running through January 19, it covers 19,000 square feet of gallery space. 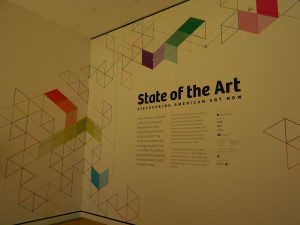 Walking along on our tour, I was surprised by just how much I enjoyed the various displays in all sorts of mediums. Many incorporated “found objects” into their canvas in a clever way, including this piece made with discarded lottery tickets… 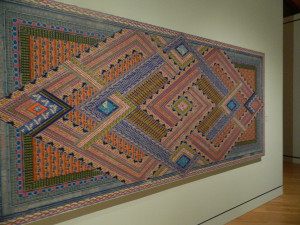 This one made from melted plastic (including yogurt cups)… 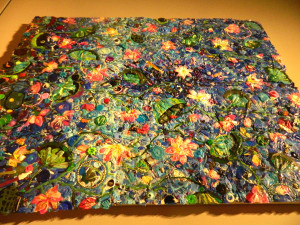 “Forever” made out of old romance novels… 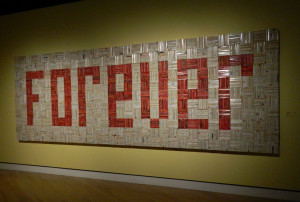 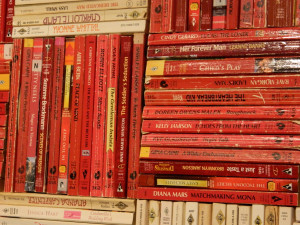 And this wall display called “Ghosts of Consumption,” which consists of objects/trash found in ocean water off of Hawaii, Alaska, Greece, and Costa Rica. 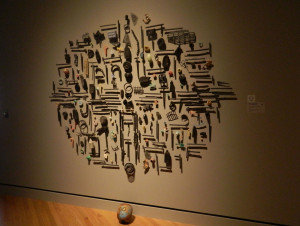 Who knew things such as an old comb and plastic floss holder could be put together in such an interesting way while also making a strong environmental statement?

Other pieces were more playful. I loved this colorful, giant quilt made of fabric, thread, ink, and paint — and featuring the artist’s grandmother with a guitar… 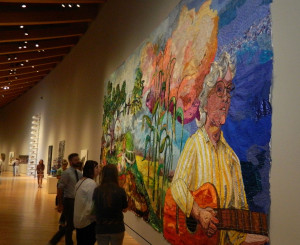 And who wouldn’t love this crocheted tunnel? First it reminded me of a “yarn bomb” exhibit I saw a few years ago in Pittsburgh. Then it reminded me of the cozy forts I built as a kid using blankets, afghans, pillows, and anything else I could grab. So fun! 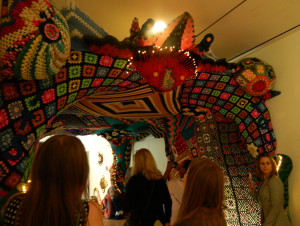 What a great hideout! 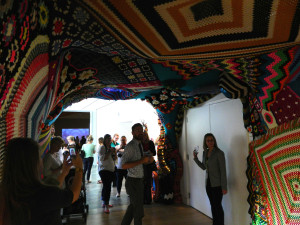 Some of the displays were made to be interactive, such as this Water Bar installation that gave out flights of local water samples for people to try. 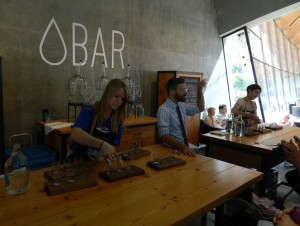 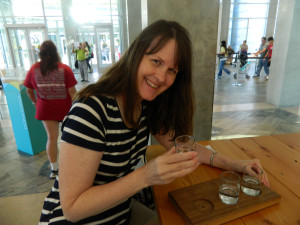 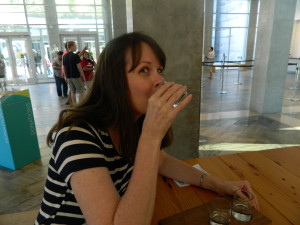 For more information, check out the Crystal Bridges website and their State of the Art microsite, which features videos of the various artists creating in their studios. The exhibit runs until next January, and a symposium November 14-15 will feature many of the artists giving free talks. 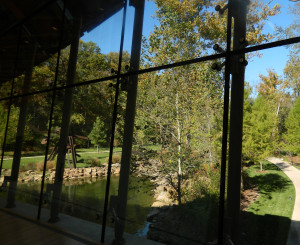 I’d like to go back and spend a little more time at each of the State of the Art displays, as well as the other incredible areas of the museum. As I previously wrote, I enjoyed seeing the Andy Warhol collection there last Spring. But I need to also check out more of the inside galleries – and the various outside paths and exhibits.

In other words, time for another road trip. Soon!