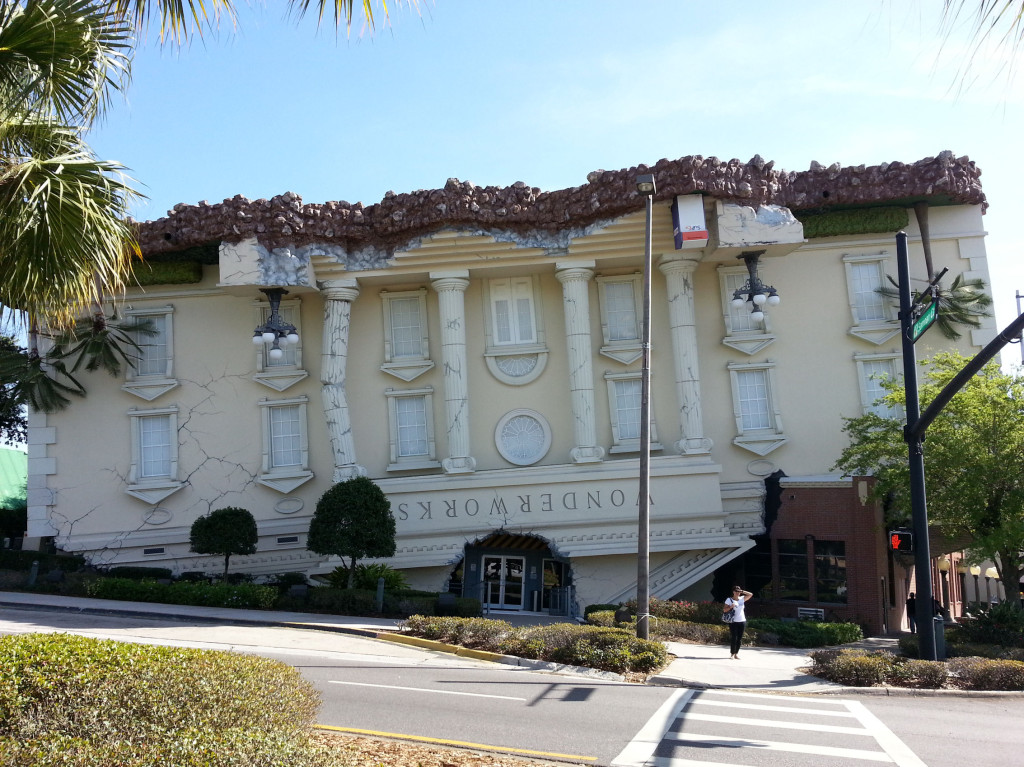 When I lived in Orlando, Florida, I often drove past WonderWorks and smiled at its crazy exterior — the large building is quite literally upside-down, with guests entering through what appears to be the old roof. It always looked like fun but because WonderWorks bills itself as an “interactive family attraction,” I thought it was mostly meant for kids. But on my recent trip back to the area, I learned that was wrong.

True, it is a kids’ science/education museum but most of its more than 100 hands-on exhibits are enjoyable for people of all ages — including me! 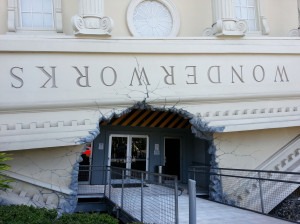 As with most of the heavily themed attractions in Orlando, this one has a fictitious but fun backstory. Supposedly, WonderWorks started out as a top secret research lab on an island inside the Bermuda Triangle. But when the scientists there tried to create a tornado, the subsequent swirling vortex tore the building off its foundation, carried it to Florida, and landed it upside-down. “Remarkably, all of the experiments remained intact and functional,” notes the site’s website. 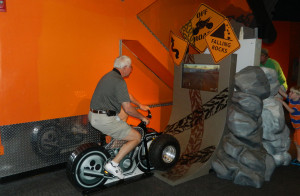 Wow – it really is fun for all ages

(Of course, this shouldn’t be confused with the Ripley’s Believe It or Not Orlando Odditorium, which was designed to look as if it’s falling into a Florida sinkhole, or Disney’s Blizzard Beach water park, which was supposedly created as a ski resort during a freak Florida snow storm and then re-branded as a water attraction once all the snow melted away.)

Just some of the exhibits at WonderWorks include the Hurricane Shack, where guests can experience 71 MPH winds — and where I lost the sunglasses that had been sitting on top of my head! Also, there’s an eerie Bed of Nails (where a little girl showed no fear and stepped right up to participate), a Bubble Lab, lots of Virtual Sports machines, a “shadow catcher,” digital painting set-ups, a roller coaster design station, an Illusion Gallery, and even the MindBall game, which uses EEG technology. 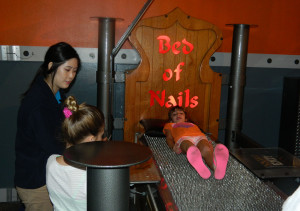 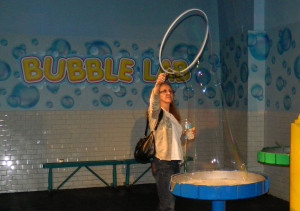 There was also a really long, 4-D motion simulated thrill ride in a dark theater (they were showing “Canyon Coaster” the day I was there) and a glow-in-the-dark Indoor Ropes Challenge Course hanging from above. 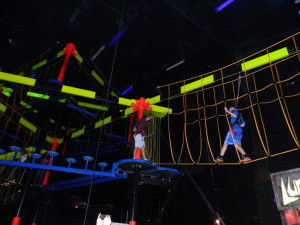 Trying this next time. 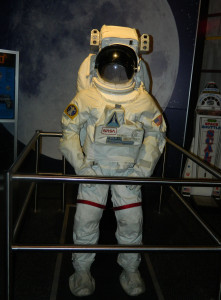 That I just had to try for myself. 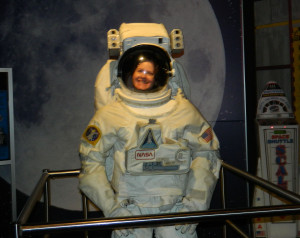 I could have been a great astronaut…

Overall, this was a really fun way to spend several hours. I’m glad I finally stopped in and went exploring! 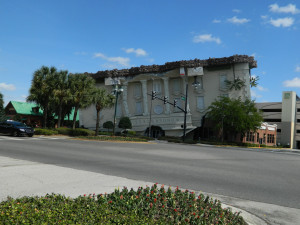 Note: general admission tickets are $24.99 per adult and $19.99 per child, which are actually pretty cheap by Orlando standards.