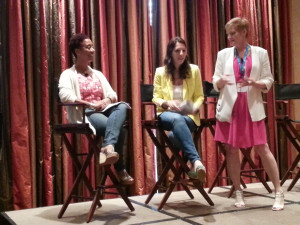 Last week I had the opportunity to attend SoFabCon 2014 – the most intensive, informative, and helpful blogging conference I’ve been to yet. And… I loved it!

The 2 1/2 day event was put on by Collective Bias for its Social Fabric community members. And yep, it’s actually “SoFabCon” and NOT “Sofa Bacon” like several of my non-bloggy friends thought I was tweeting about throughout the event. 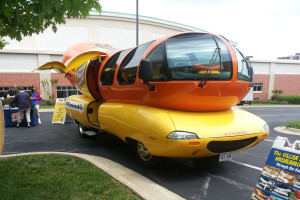 The Oscar Mayer Wienermobile on site

Collective Bias works with brands to publish content from its signed-up network of Social Fabric members. Although the majority of attendees were part of this network, there were a few of us who weren’t and wanted to attend just because the sessions sounded helpful. And boy, were they!!

I’ve been to several conferences since starting this travel blog last year. And most have offered some very informative sessions and good networking opportunities. But the SoFabCon folks seem to have figured out the trick for providing the newest information on the very latest tools, including some I hadn’t even heard of before. (Twitter analytics for followers? Twitter cards? Google Webmaster Tools?)

Their intense sessions (I call them that because from the first moment each one began until the end, I was furiously writing down notes because every point was helpful) gave topic overviews and then specific nitty-gritty advice on way that bloggers could incorporate these tools into their own sites.

I actually told another attendee at the end of the last day that it felt like my head was completely filled up – and that any more information crammed in would cause data to start pouring out of my ears. Eww! But she said she felt the same way. Ha!

Here are just some of the extremely focused sessions I attended: 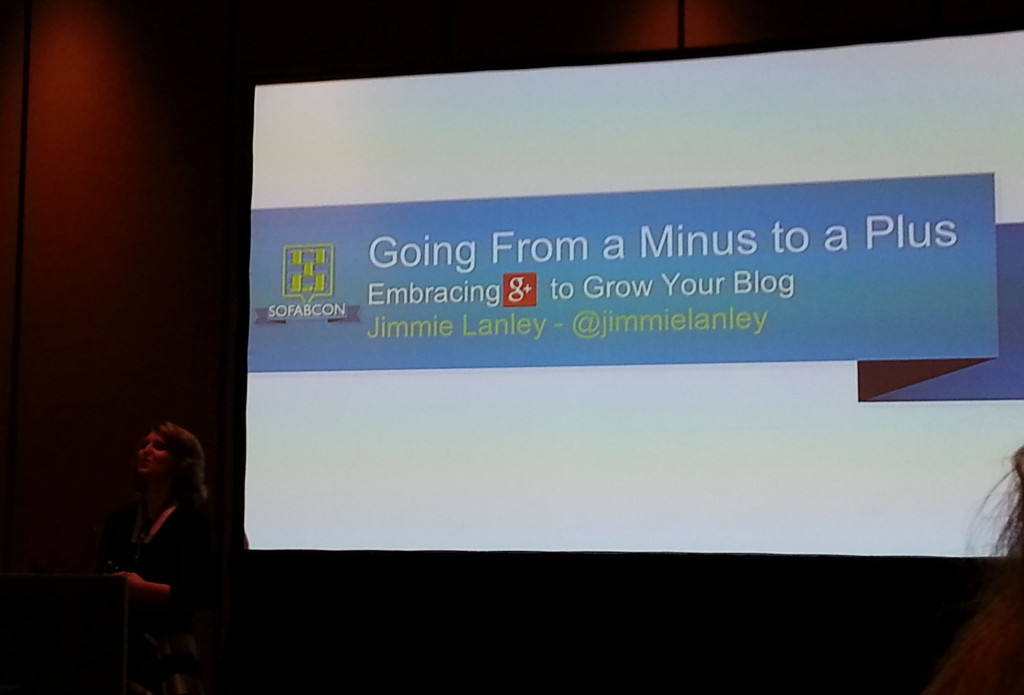 Top tips from the session:
-Hangouts on the Air are more searchable than YouTube videos
-Use keywords in your profile for a better author rank
-Set up Google Authorship on all of your sites
-Tag people by their full name when commenting
-Use the Explore Tab to find experts and cool people to circle
-And finally:  put hashtags only at the end of a post 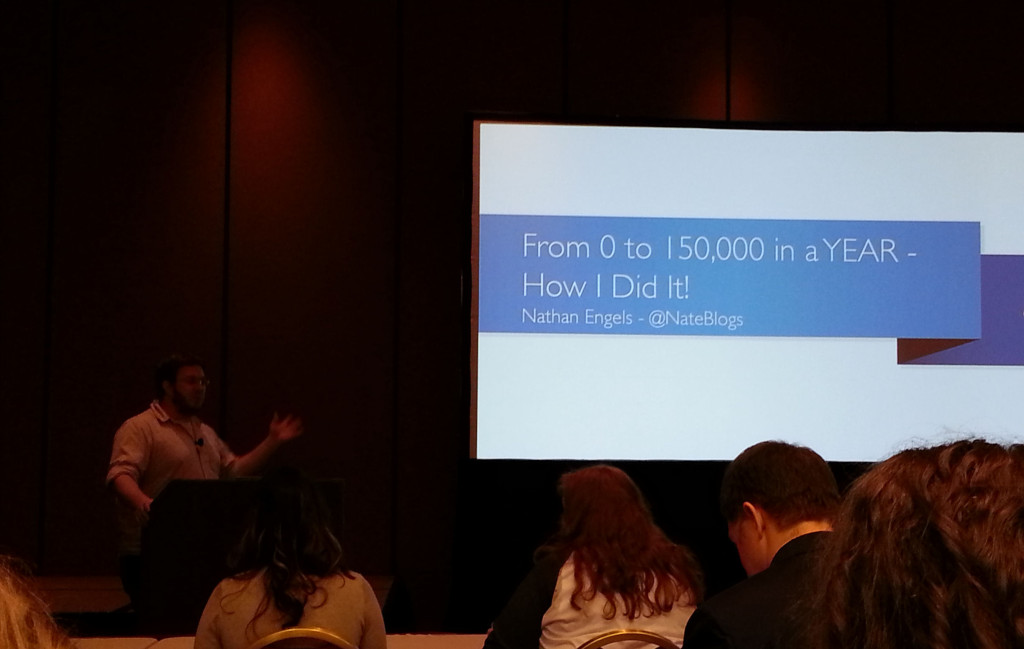 Nathan from WannaBite.com talking about going from zero to 150,000 unique visitors

Top tips from the session:
-Twitter has about a 50% follow-back rate
-It’s relatively easy to get followers on Instagram, but more difficult to turn them into visitors
-Meta Descriptions are crucial and should be thought of like the old “Yellow Pages” ads from the past
-Pinning to Pinterest group boards, with scheduling help from Ahalogy, has been his biggest success strategy 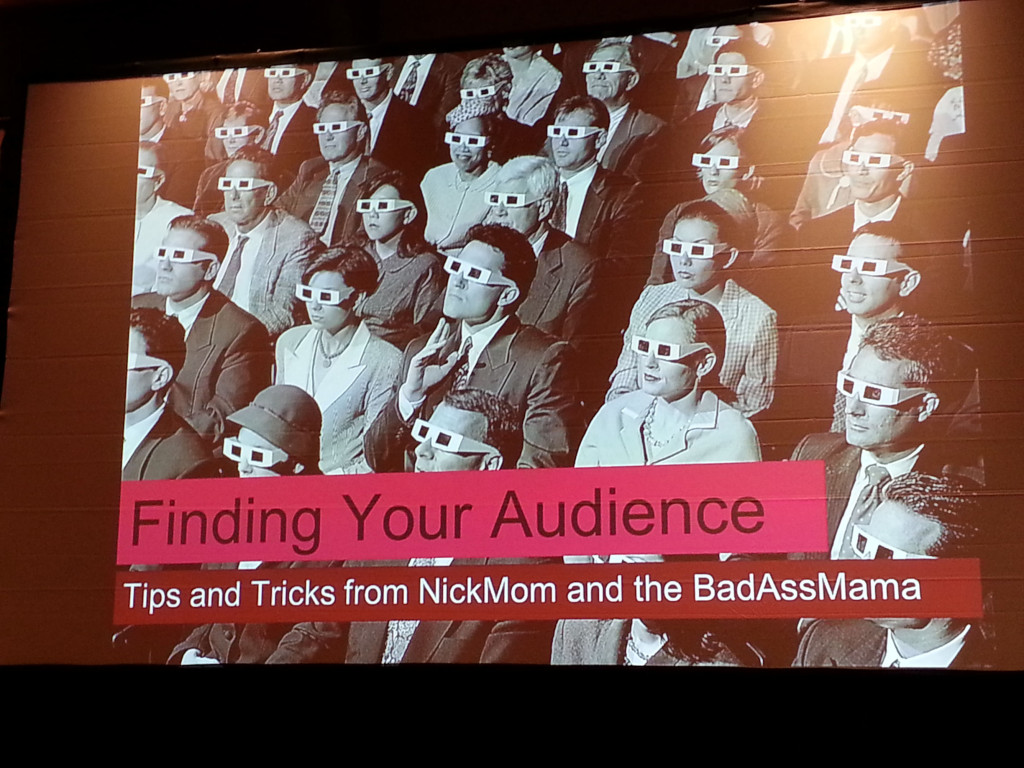 Also, the second day lunch session on emerging blogger trends was fascinating with information on printables, animating photos and using GIFs, and getting more involved with community collaborations.

I ended up with a large notebook filled with notes I’m planning on going through point by point this week. And I look forward to getting access to audio downloads from the other sessions I couldn’t attend due to scheduling conflicts, such as how to build community and make money using Pinterest, how to make compelling videos, and how to take better photos. 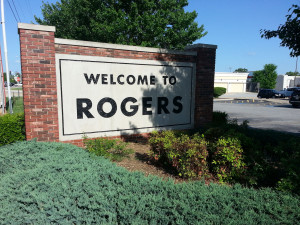 The conference was, and always has been, held in the Rogers/Bentonville area in Arkansas because that’s where Collective Bias is headquartered and where it first began back in 2009.

The near-to-me location was in part why I decided to check it out this year. But next year? I’ll travel to wherever it’s held because IT WAS JUST THAT GOOD.

Highest recommendations for anyone who is ready to grow their blog and start the monetization process. These people really know their stuff! 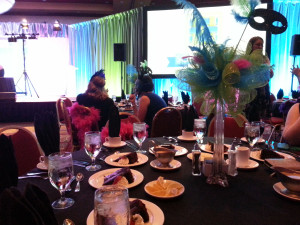 Note: Of course there were lots of fun events at the conference too, including the final night Collective Bias Birthday/Masquerade Party. 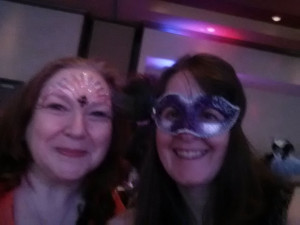 That’s me on the right with a new blogger friend. Fun – even if we are a little out of focus!

Disclaimer: I was given free registration to attend this year’s conference. But all opinions, as always, are completely mine. And as mentioned, I’ll have no problems paying to attend next year! In fact, I wonder if there’s already a 2015 signup…