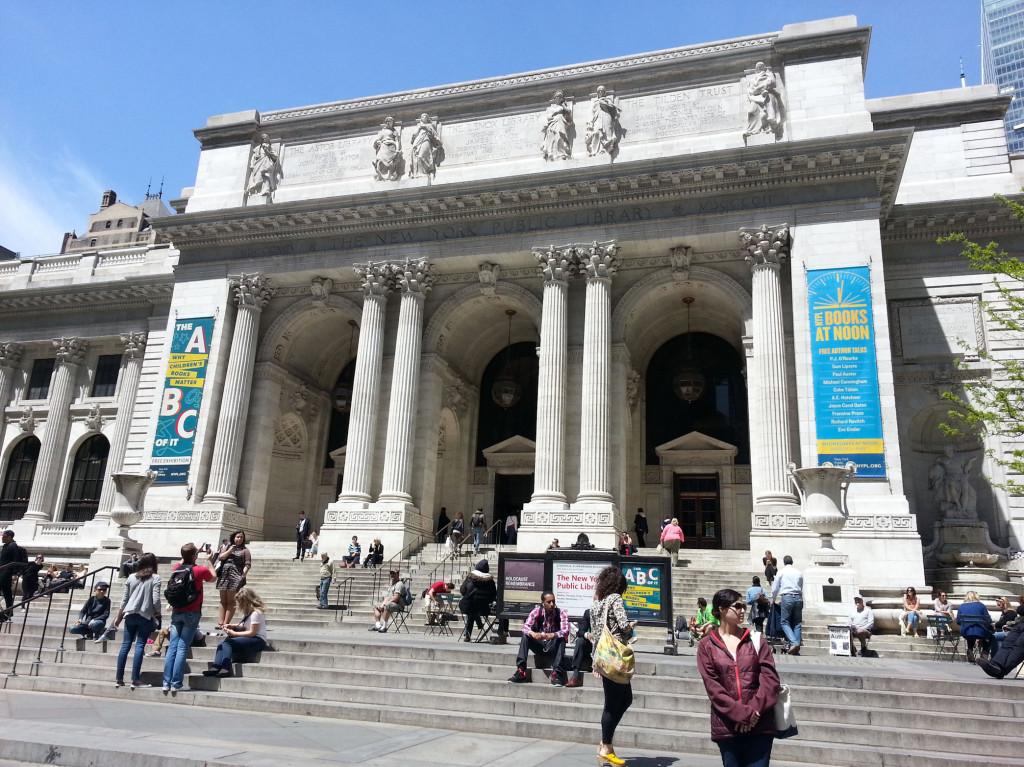 Such a pretty building…

The free-to-tour New York Public Library is beautiful, stately, and rivals pricier sites with its gorgeous architecture. And the fact that it played a part in my beloved first Sex and the City movie is just one more extra bonus! 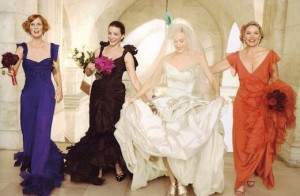 From the movie – when everyone was still happy! (Via nypl.org)

New York City is known for expensive attractions, restaurants, and fashion. So it’s a relief to discover cheap and even free places and activities here and there. I wrote earlier about checking out Bryant Park during its spectacular tulip explosion. And right next to Bryant Park is the world-famous library.

The Main Branch of the New York Public Library is made from Vermont marble and brick, with giant columns standing at attention in front of its entry doors. Guests are also greeted by 2 very famous marble lions named Patience and Fortitude.

The building’s official dedication was in 1911, after the first cornerstone was placed 9 years earlier. Over the years, it has been featured in numerous TV shows as well as the movies Ghostbusters, Prizzi’s Honor, The Day After Tomorrow (although it looked pretty raggedy in that disaster pic!), 13 Going on 30, and Spiderman 3 with Toby McGuire.

But because I’m a huge fan of the first Sex and the City movie, I was especially interested in checking out the site where Carrie wanted to have her huge wedding to Mr. Big. Although that didn’t exactly work out for them, I was still excited to look inside. 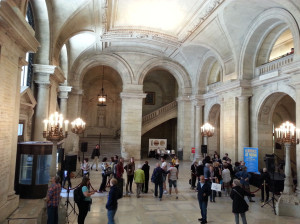 The first thing you notice when stepping into the library is how cavernous yet beautiful the first room is. It feels like a site from a completely different era with stone archways, a rounded roof, large windows with intricate metalwork, and carved details throughout.

Just to the right is the first grand staircase… 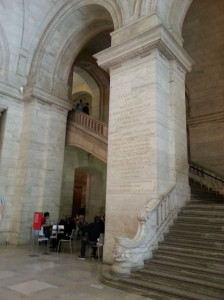 Above that is a second stone staircase, broken up by a landing known as the Astor Hall area. This is where Carrie found out by phone that Big wasn’t coming to the wedding… 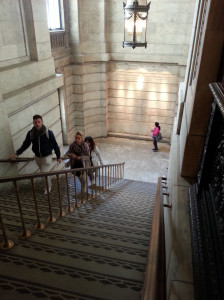 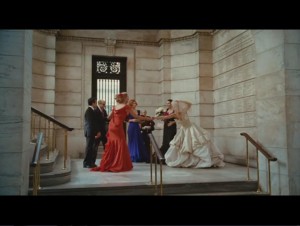 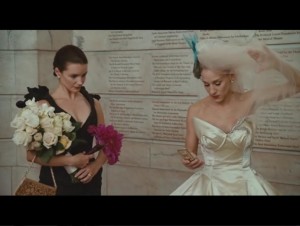 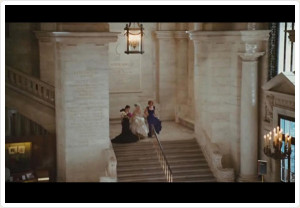 Fleeing down the first grand staircase

I snapped a bunch of photos in this area but was surprised to discover the real beauty was right at the top of that second set of steps. Here you’ll see a gorgeous wood paneled mezzanine with huge, painted murals on the walls and ceiling. Known as the McGraw Rotunda, it truly felt like something more at home in an old European city. 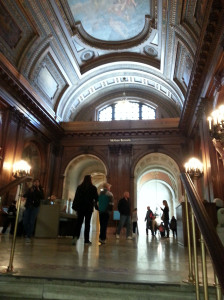 Painted ceiling in the Rotunda

The reading room just past that area was also quite beautiful, with stately white brick walls, giant chandeliers, and a spectacular ceiling that caused me to walk into a staff member because I couldn’t stop looking up. 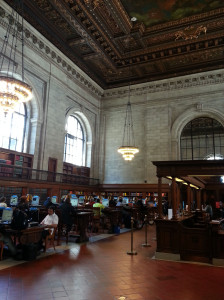 I want to read here! 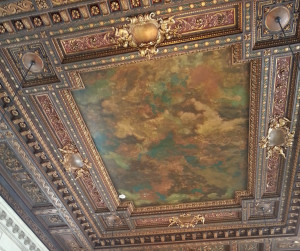 And then the very best part hit me — all of these people were there to read or check out books for another time. Real books. They actually took the time to come in instead of just downloading from the internet. So maybe the predictions that libraries will soon become a thing of the past are wrong. I certainly hope so.

I’ve always found any library to be a relaxing, safe haven where I can allow myself to stop rushing around and just enjoy being surrounded by shelf after shelf of books waiting to be read. And if it also happens to be in a truly beautiful setting? That’s just gravy. 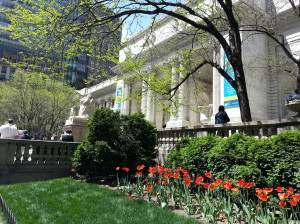